I would like to write more posts but unfortunately I'm kind of slow with writing in English. Nevertheless I would like to tell you why our camp has been very lively on Sunday.
Since it was weekend we had no normal schedule but a friendly tournament again. This time we were visited by very young and a bit older people.
A female professional brought along a bunch of elementary school kids who are her students.

The older people were told to be frequent visitors of the US Go congress. I do not know how many or how frequently they have been there since I'm barely attending European ones. Some US people said the recognized a few of the Japanese.

My first game was against, as far as I know, the strongest of the elementary kids. It's the one in the picture below. He is a 5(?) year old 2 Dan. I won the game by 3 points after actively giving away around 15 points with an endgame mistake. Not one of the smaller ones where you miss to play the largest sente move or something like that but one of the real ones were the border of your territory is getting captured.
I was very glad that I did not loose because of such a mistake since I already had a two stone handicap. I guess he does not have a high opinion of German endgame now...


According to Maeda-Sensei we won the two rounds on Sunday by "a large margin" without getting more specific. After the official part some of the Japanese players stayed a bit longer. Mostly the girls you see in the picture below. So people started a second team competition (actually it could also be regarded a gender competition) which also ended in favor of the camp participants. They were rewarded with free beer provided by the loosing team.

By the way, in western countries there are very few female Go players because most people learn Go during their study of computer science/math. In Asian countries they start playing Go at a very young age and are therefore more diverse in gender and profession. As a second by the way, the girls in the picture are 5 Kyu up to 6 Dan. They are just some girls who live close by but I would guess that they could sweep most of western national female championships. 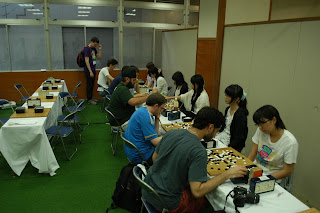 PS: I asked the guy in the picture a bit impolitely if he is also a professional to learn that he is even 9 Dan. Another cool fact is that he owns a Go pub which we will visit tomorrow. 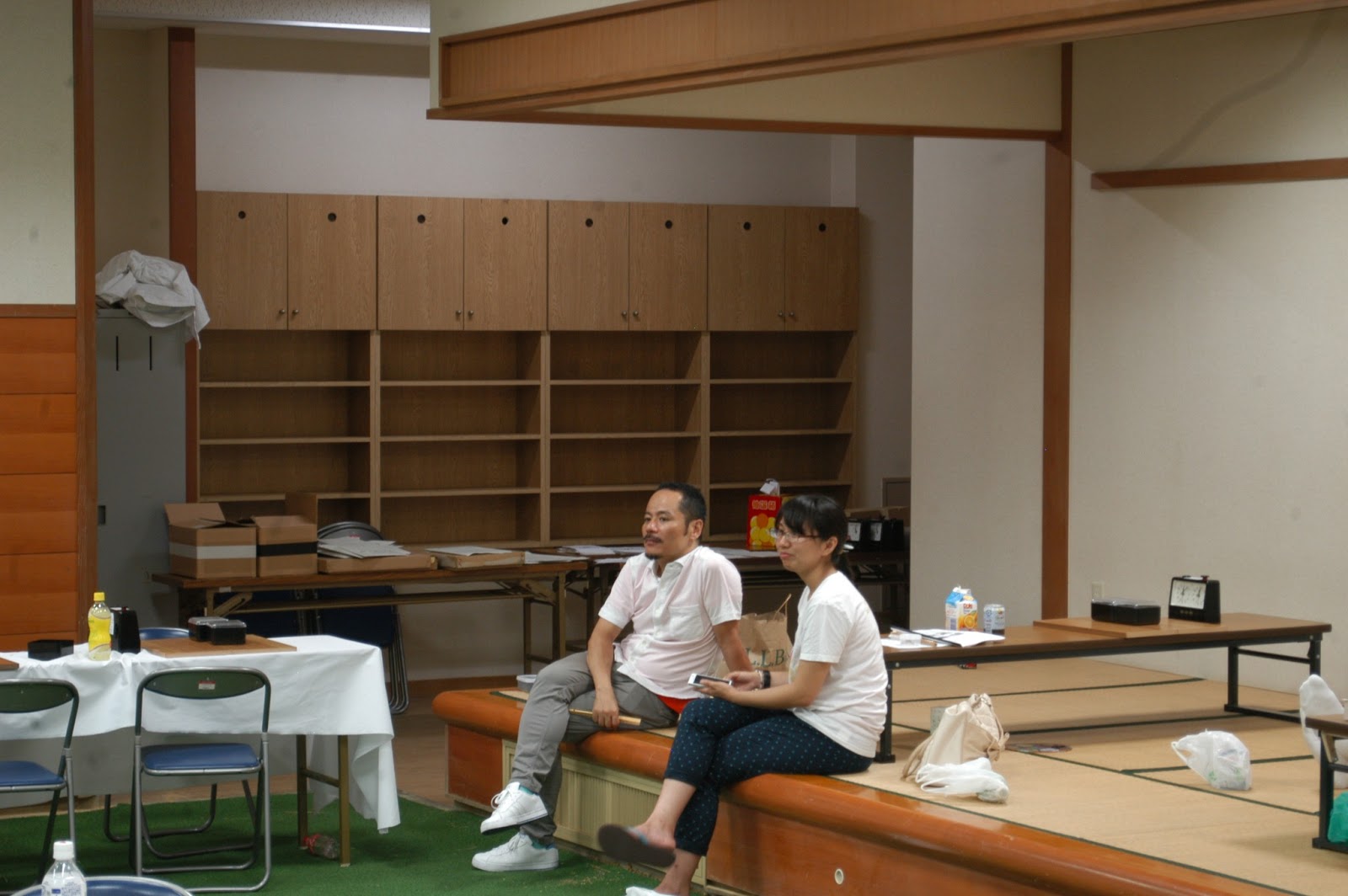