After two days of  resting...somehow, yesterday was normal camp schedule again. The day started with me being ten minutes late for my league game. I was properly punished since I lost that game.
The lunch cheered my up a bit. I had something called Donburi if I remember correctly.
The lectures began with Maeda-sensei showing the solutions of the endgame homework. I got the complete endgame sequence right but was one point off in the counting. I guess this is better than the other way around but I was still not eligible for prizes :-(

Next was a lecture by Nakano-sensei again. This time he showed three different games where he played with white against the Chinese opening. According to him the San-san invasion (see picture) is the most recent innovation and works quite well for him. I learned a lot about that opening in general since I never play it myself.

In the afternoon there were teaching games again. This time I also played, against Nagano-sensei. I got six stones but my performance did not improve much compared to the morning game. (I'm wondering how much you are interested in seeing my games?)
After the game Nakano-sensei told me that I should have cut and attacked his groups more severe. I generally agree with that but against a 9p it's kind of scary. It really feels like he places two stones with every move.

The rest of the day was freely available for open games. In the evening we have been in a very nice restaurant which served many different grilled meat sticks. I also got my first Japanese Sake there.
I finished the day with playing against just another French guy (the 3rd of the day).

PS: Since it was kind of a Nakano-sensei day I give you an extra photo of him. Actually, he is quite a good musician. I do not know how the instrument is called. Obviously its kind of a guitar but with just three strings. He even gave a small performance. 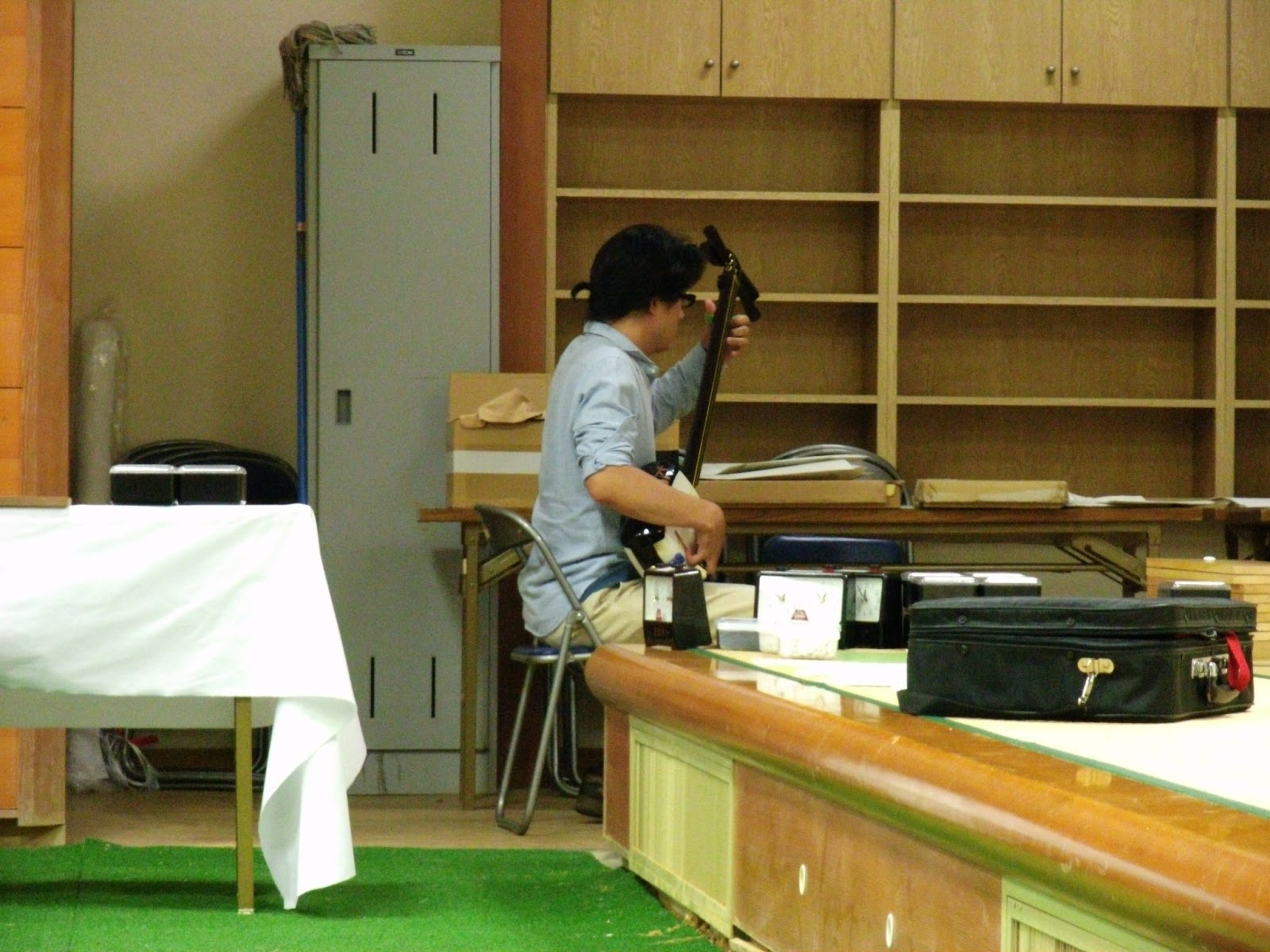